What is a DAO?

Decentralized autonomous organizations (DAO) operate under a shared goal, give each member equal say in making decisions, and often lead treasuries or stores of wealth under collective ruling. How do you pronounce DAO? “Dow.”

A decentralized autonomous organization is exactly what the name says; a group of people who come together without a central leader or company dictating any of the decisions. They are built on a blockchain using smart contracts (digital one-of-one agreements). Members of DAOs often buy their way in, most of the time purchasing a governance token specifically for the DAO that gives them the ability to vote on decisions that are made around how the pool of money is spent and managed. These groups can be made up of people from around the world, who often communicate on Discord channels. 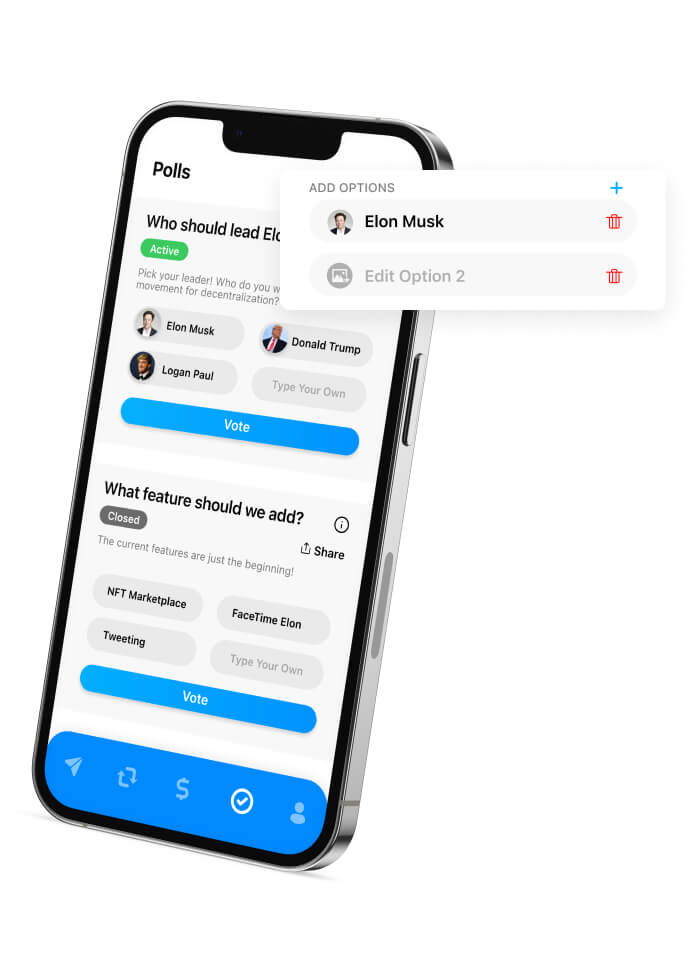 What is an Airdrop?

The act of depositing cryptocurrency in public crypto wallets — are used as a tool for marketing, liquidity creation, and network bootstrapping for many types of blockchain projects.

Airdrops have been a thing in crypto since the start, but what has recently caught our eye are the AIRDROP CLAIMS. What makes Airdrop Claims different is that while airdrops require 0 interaction from the recipient, airdrop claims require the user to go through steps to process the reward. Rather than these Airdrop claims even requesting the person who claimed to share the event it was spreading through grassroots posting to crypto twitter. It has organic marketing roots as every claim holder essentially becomes a shareholder in the company it then has token, making each user have some incentive, while small, to share it beyond a direct referral reward. People will also recommend these airdrops to friends in order to be the person to create value in that person’s life by giving them that opportunity. For us, this is like seeing a slingshot for the first time, watching a friend pull it back 1% of the way and for a crowd to cheer and go wild.

These airdrop claims spike prices MASSIVELY because of their ability to quickly onboard users through an attention flywheel. While these attention flywheels are nothing new, a monetary value that increases rapidly while the attention increases IS. This token attention causes a snowball effect on sites like Dextools, CMC, CG where the token will trend as the top token of the day bringing the institutional money into the mix. I believe we are in the beginning of seeing the true power and effect of this airdrop claim effect, and by optimizing the memetic flywheel alongside bringing it to a bigger pool of users, you could not only create the biggest onboarding event, the largest DAO, the most held token.

This is reminiscent of the era of Venmo and Cash App giving $20 to every user who signed up, and $20 to the person who referred that person to join. The difference here is that cryptocurrencies are more liquidable and investable. Allowing anyone who claims or hears about it to become a part of the hype if they believe in the mission, the platform, the team, etc. Also, rather than being a tactic of users referring friends to get their own $20 incentive, after which the user does not care about the future of the project these airdrop claims gave the incentive via ownership and nodes wanting to give value to other nodes by getting them free money. 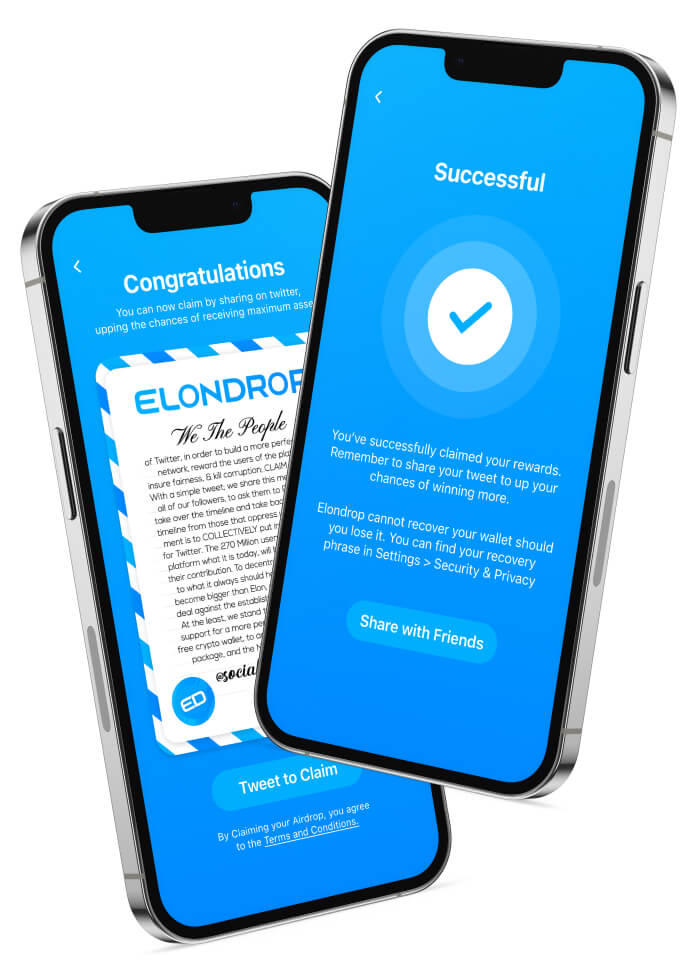 How are you going to prevent against bots

We have made it so that only accounts made before May 1st are able to claim tokens, and token allocation for the tweets made are based on the engagement of the users.

How is Elon Drop preparing for a massive user influx?

We have built our platform on scalable micro-services.

ElonDAO is following an “Exit To Community” strategy whereby the users of Twitter who are rewarded with $ELONDROP tokens get to vote on future governance of ElonDAO.

What is the Tokenomics of Elondrop?

Elondrop is simply a governance token to serve as the decentralized board governing the updates to the app which we envision to build the crypto twitter on.

What is a cryptocurrency wallet?

Cryptocurrency wallets are software used to communicate with blockchain networks to safely access, send and receive crypto funds or assets. Simply put, the software stores your crypto just like traditional wallets store your cash and credit cards. The wallet does not actually hold physical items - instead, it holds unique digital passwords or “private keys” which allow you to transact on the blockchain.

What is a smart contract?

A smart contract is code that runs “on top” of a blockchain that executes when particular conditions are met. Smart contracts can make decisions, distribute profits, and carry out other tasks.

NFTs (Non-Fungible Tokens) are unique digital assets that are secured and contained on the blockchain. The blockchain verifies ownership, provenance, and transaction history.

The power of unity and a collective goal is much stronger than any one man. Together, we can achieve anything. The ElonDAO treasury is reserved for community initiatives, and can be leveraged to acquire Twitter or build something even better. Please refer to our whitepaper for additional details.

How much tax is there to buy/sell the token?

I don't have a crypto wallet, or any cryptocurrency, how can I claim?

Elondrop will be available to claim through the crypto wallet application you download. This is where you will post a tweet in order to get your allocation, and vote on the future of the building of the crypto twitter.

Elondrop is a terrible name for a platform... why did you choose it?

What is a DAO?

A DAO (pronounced “dow”) is a decentralized autonomous organization, which is a community-led entity with no central authority. It is fully autonomous and transparent: smart contracts lay the foundational rules, execute the agreed upon decisions, and at any point, proposals, voting, and even the very code itself can be publicly audited.

Ultimately, a DAO is governed entirely by its individual members who collectively make critical decisions about the future of the project, such as technical upgrades and treasury allocations.

How do I claim my $ELONDROP?

Each Twitter user may claim their free $ELONDROP tokens by simply downloading the ElonDAO app and completing a tweet to claim function. By claiming your tokens, you are joining the revolution for decentralization and have a vote in the future of the platform.

Yes. All that is required to claim free $ELONDROP tokens is a Twitter profile, downloading the ElonDAO app, and following the tweet to claim instructions.

How are you going to prevent against bots?

To prevent against bots, only Twitter users that made their account made before May 1st are able to claim tokens. We have taken a snapshot of followers as of May 1st, and any major discrepancies will be investigated. Also, token allocation is based on tweet engagement rather than just follower count.

ELONDROP is the largest airdrop and crypto onboarding event in history, and every current Twitter user will be able to participate